Perceivers establish several orders of relationships with objects referenced in a space. The objects are sensed as real things, recollections, and intriguing mix of both. The real things, also include physical objects and the perceivers themselves. Both are sensed due the environment. Recollections, as remembrances and dreams, derive from the experiences, and are not dependent on the actual environmental conditions or the presence of physical objects. The real things and recollections often get mixed up due to sensorial and psychical aberrations.

The Relationships between objects in space is seen in many references.

[1]   Objects and the environment form the process of space perception.

The objects and the environment affect each other, and these form the process of space perception. For all humans, affectations are nearly universal, with minor differences due to the physiological conditions (age, sickness, deficiencies, psychical, etc.) and quality of past experiences. Recollections are the impressions of past experiences, but in parts. Recollections occur on cues from the expectations. Expectations and recollections add a new flavour to the space perception. 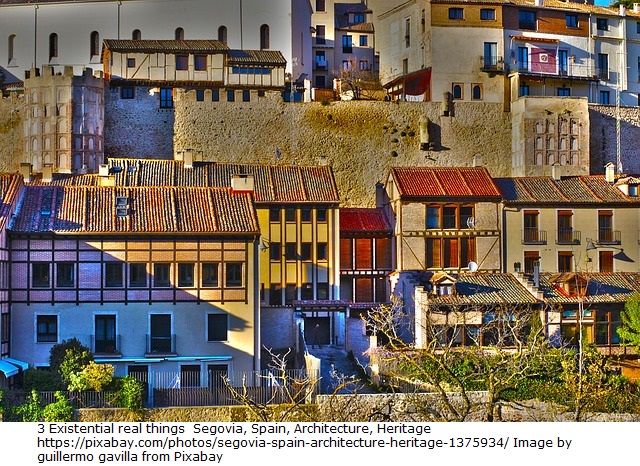 Experiences of First type (between real things) are existential and so manipulable. These are objects that we shift around with sensorial and functional interest. We highlight them by their position (fore-side, backside), comparative placement (near, away, distanced, up, down), controlling the exposure in the space-time (hiding, partially covering, narrowing the window of experience, static, mobile), or by allowing or curtailing the effects of the environment. 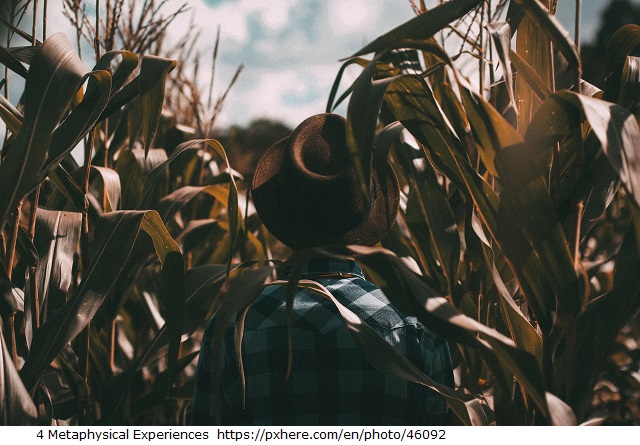 Experiences of Second type (between real things and metaphysical entities) occur when certain spatial arrangements and environmental conditions trigger the past associations. Metaphysical entities are already imminent at personal level, but the situational conditions reinforce the experience. Metaphysical elements like, fresh air, moisture, temperature, sound reverberation, absence of background noise, odours, reminds, not only of the past experiences but their associations. Typically sanctimonious spaces, unkept and abandoned spaces carry a personal meaning, and so are sensed with a subjective interest.

Experiences of Third type (between metaphysical entities) are derivative like, recollections or dreams. These entities have no body and so fuzzy definitions. But the metaphysical elements, can alter the cognition of physical elements. These elements without the body cannot be shifted around and are difficult to recollect in different context. It can be used as theme for new insights into perception. The content is incisive but has limited relevance. The dreams, even if one can recall, have fragile and perishable content.

[2]   The recognition of relationships distinguishes ‘groups’.

Star formations or constellations were recognized as relationships, where the individual elements were separated in depth (distance) by many light years, each individual element shifting, and yet these were observed as consistent patterns by people across the earth and ages. 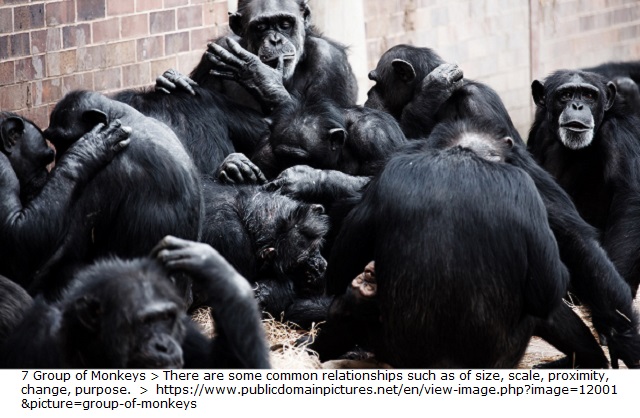 [3]   Objects have relationships among themselves, and with us (the perceivers).

The relationships are of comparisons, contradictions and for equalization. There are some common relationships such as of size, scale, proximity, change, purpose. The objects are perceived in front or back of others, and so relationships emerge due to characteristic nearness or remoteness in time and space. Objects are perceived to be similar, if different in scale, orientation, slightly deformed (stretched, contracted, warped) or state of completeness. Objects have features that are partly distinct or familiar due to recollections of the past, and so perceivers grasp them easily, immediately or distinctly. The capacity to refurbish perception is subjective, and so the composite value of a frame or sequence remains relevant only to the person and the context.

The pattern relates to geometry, spatial scaling or repetitions. The positions of real objects allow recognition of the geometry that is axial or spatial in nature. Usually such a process is difficult, due the effort and time required, but most perceivers have an innate sense of recognizing such patterns. Objects that are distanced from each other may not constitute a pattern, but an object sharply inscribed in memory may do so.

[5]   A group implies that some degree of commonality and diversity exist.

Objects and other things have some commonality within their own classes or types. But we assign common meaning to many diverse things. It is difficult to understand why x and y belonging to different classes, mean same things. These could be a genetic carry-over or a cultural process. Diversity is distinctive and always limited, it translates that everything else is non-diverse or common. 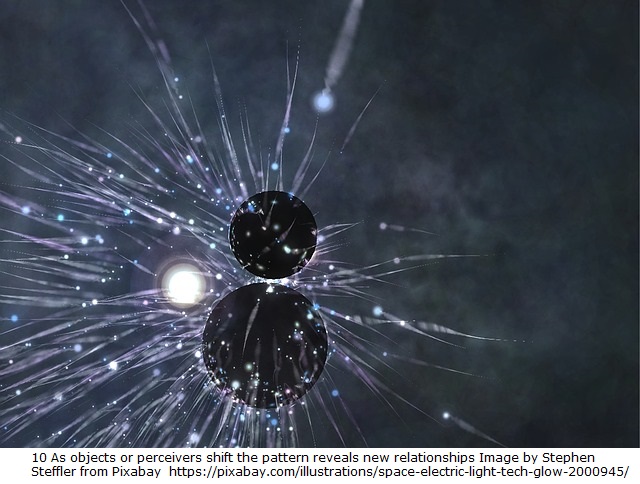 [6]   Using remembrances for characterizing groups in set of objects.

The conception of a nonexistent thing is not possible and so do their recollections. Remembrances cannot occur beyond the reality. So the degree of reality in a set of real objects becomes the only factor for group to emerge. Several recollections of (real) objects happen simultaneously, without any clue of their origin, relevance as of now or in any logical sequence. 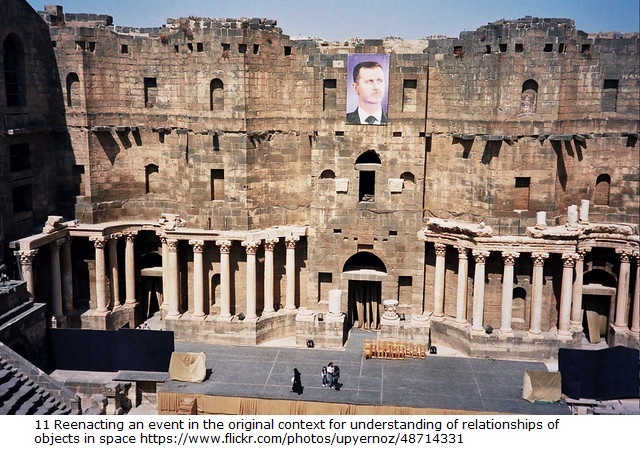 [7]   Objects forming a group and persisting in time have a common fate.

Real objects persist longer in time than recollections. With time, the group characteristics change, because late realizations aided by recollections change the perceptions about the group. In case of dynamic happenings, state of the group composition, moments earlier turn into a recollection But the immediacy of the past depicts the movement direction of the pattern. Such a common fate for all changing things is forbearing. It allows us to interpret the dynamic scenes through the changes in intensities, distances, overlapping, and sensorial aberrations. Objects persisting in time enliven the happening.